Thank you everyone who came along to the August Little Cinema in the Roisin Dubh! It was an awesome night by all accounts, which was hosted by John Burke, Brigid Vinnell and Conor Quinlan!

We have links to some of the films which were shown on the night for you to check out below! Thank you to Brigid for the lovely photos of the filmmakers introducing their films.

Thank you to Paddy Finn  for the two beautiful pictures of the Little Cinema looking glorious below! 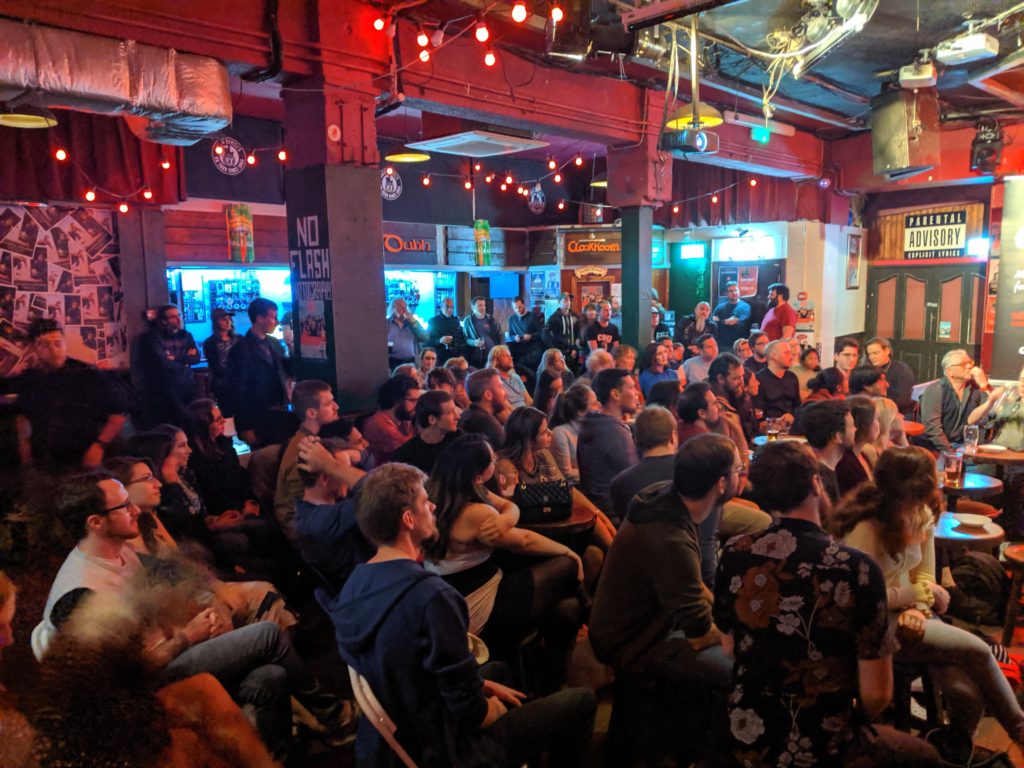 And great job to John Burke to have hosted the Little Cinema for the first time! 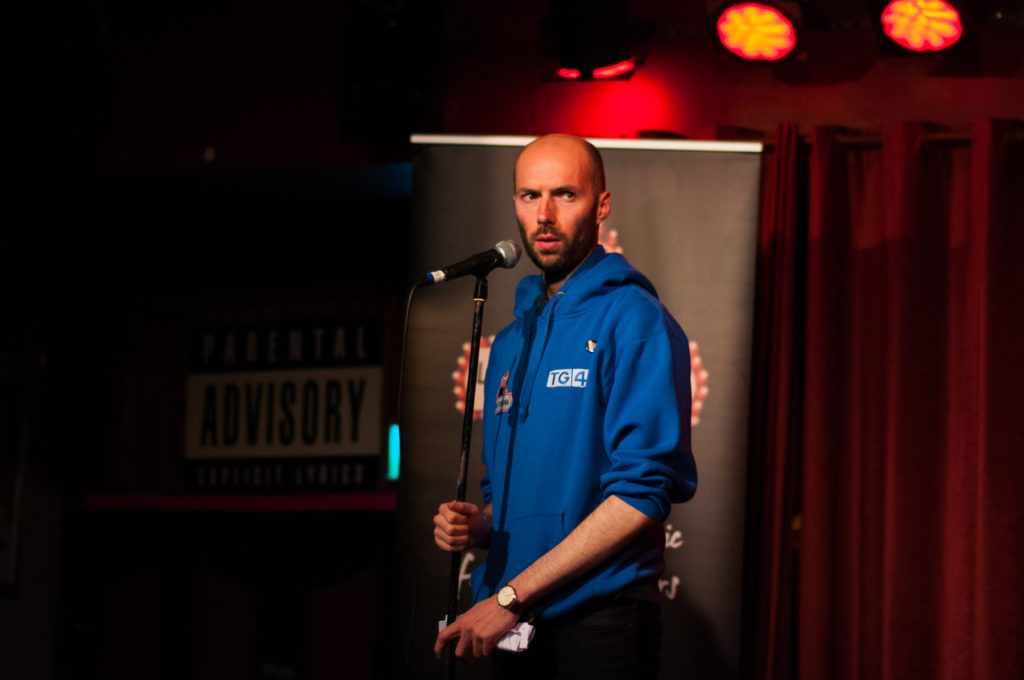 The first film of the night was from first time submitter Derek Whyte with his silent short “Quiet!” 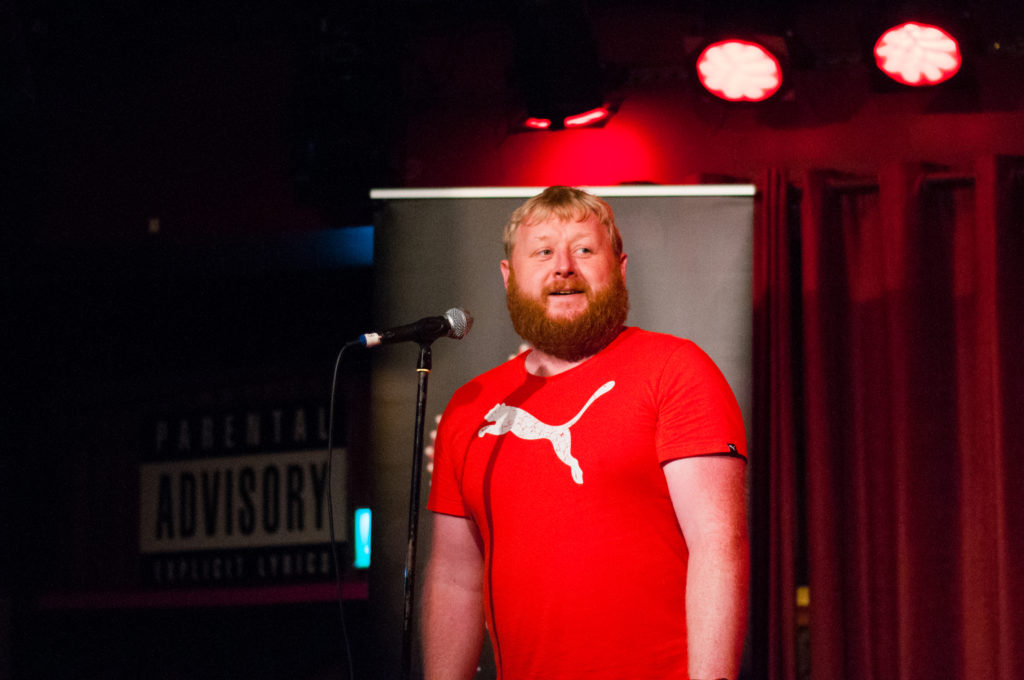 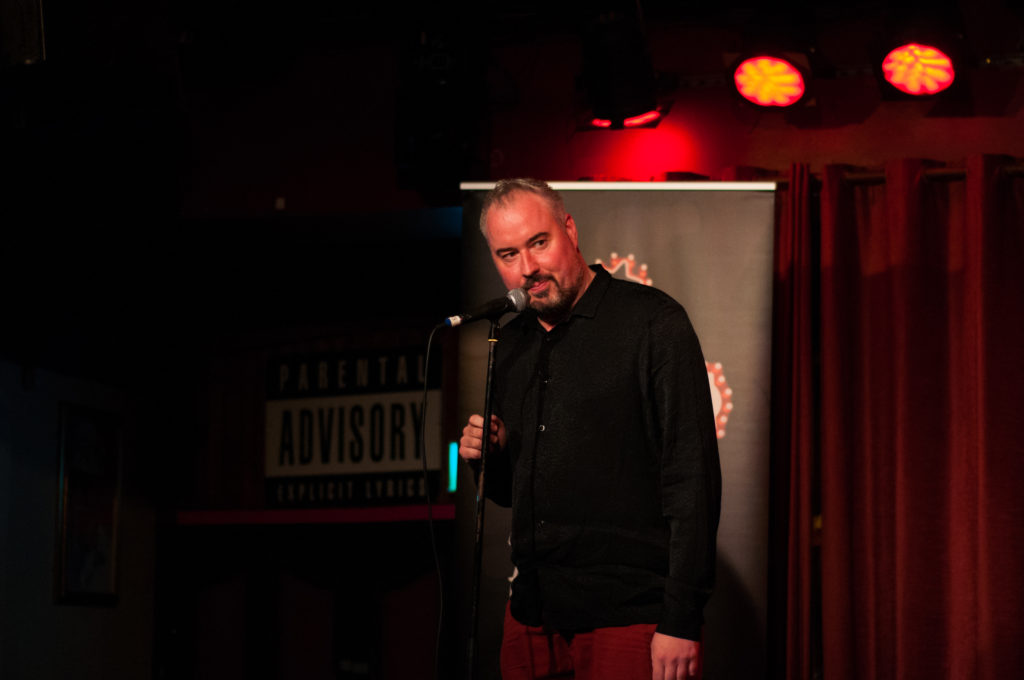 The third film was by Swedish filmmaker Hampus Ingerson who came all the way from Sweden to show his film! Called ‘Hole’, it is about a prisoner who is taken out of his cell for the most important phone call of his life. Thank you to Hampus for coming to the Little Cinema and we look forward to seeing him again there! 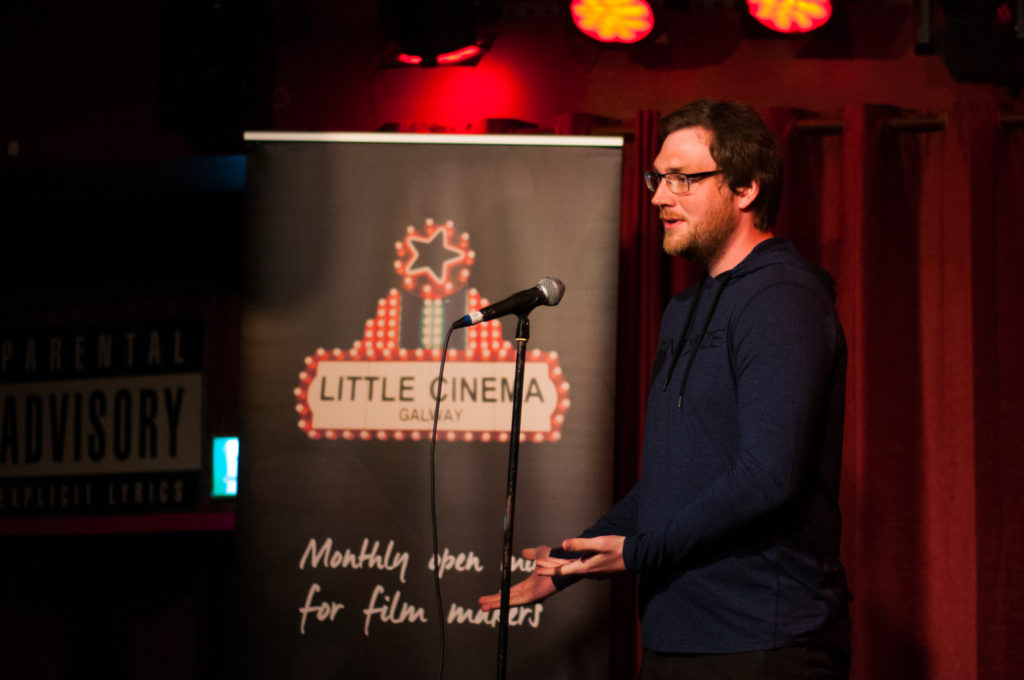 The fourth film of the night was the fabulous documentary Trá na mBan by Carmen Garcia Gonzalez introduced by Roisin Hughes; In the west coast of Ireland, a group of Irish women 40 to 80 years old swim every morning in the Atlantic cold waters come rain or shine. 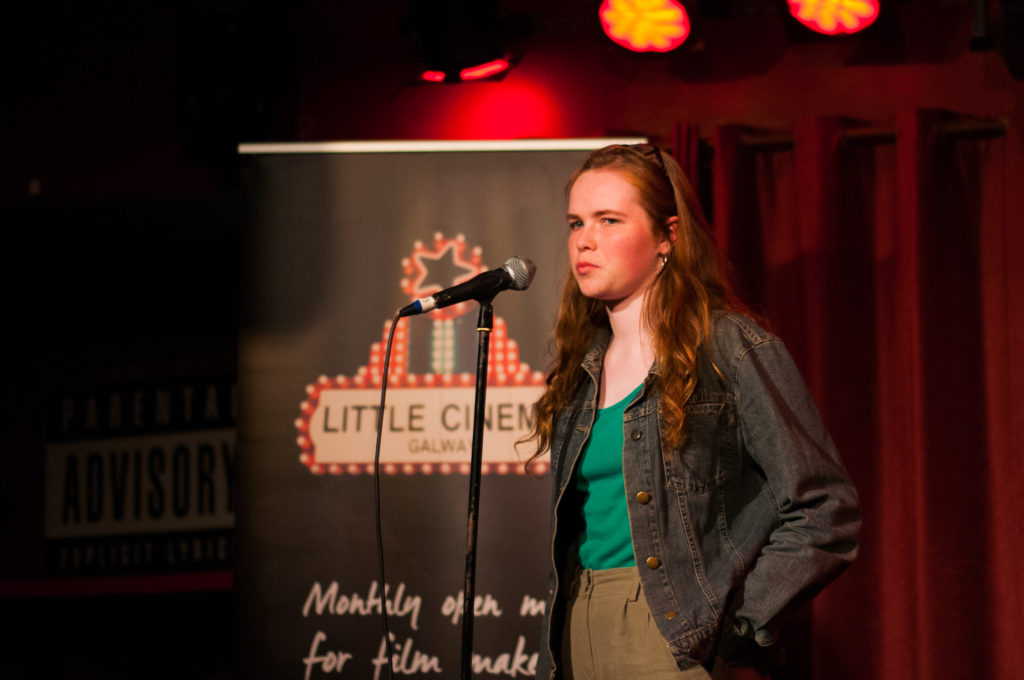 The fifth film was the film Daughter, made by Manolo Marceno & Lakshika Serasinhe as part of the My Rode Reel competition. Give their film a watch a vote at the link with the video 🙂 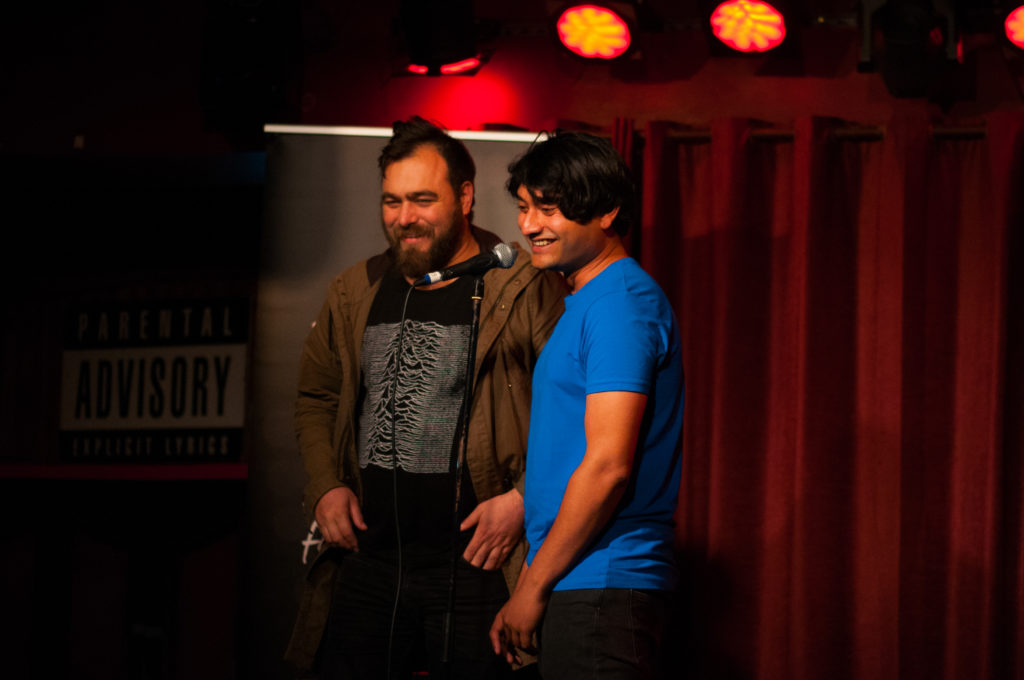 6. Nigel O’Brien – Visitors or (Life , the Universe and Ice Cream)

Our next film was made by Nigel O’Brien as part of the Shot By The Sea competition.
Visitors: Bring peace and balance to the Galaxy, and ice-cream. 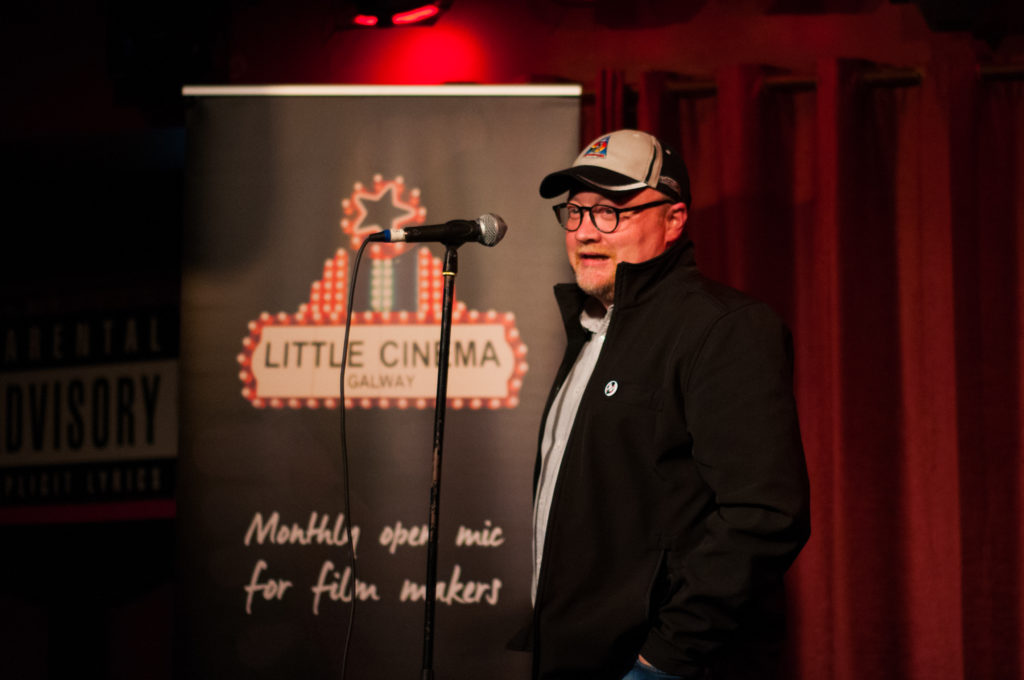 The next film was an animation made by Eoin McLoughlin. A former vertern of the falklands war shares a tense experience where a bomb had hit his ship. Though it didn’t go off, there was the possibility it could at any moment. 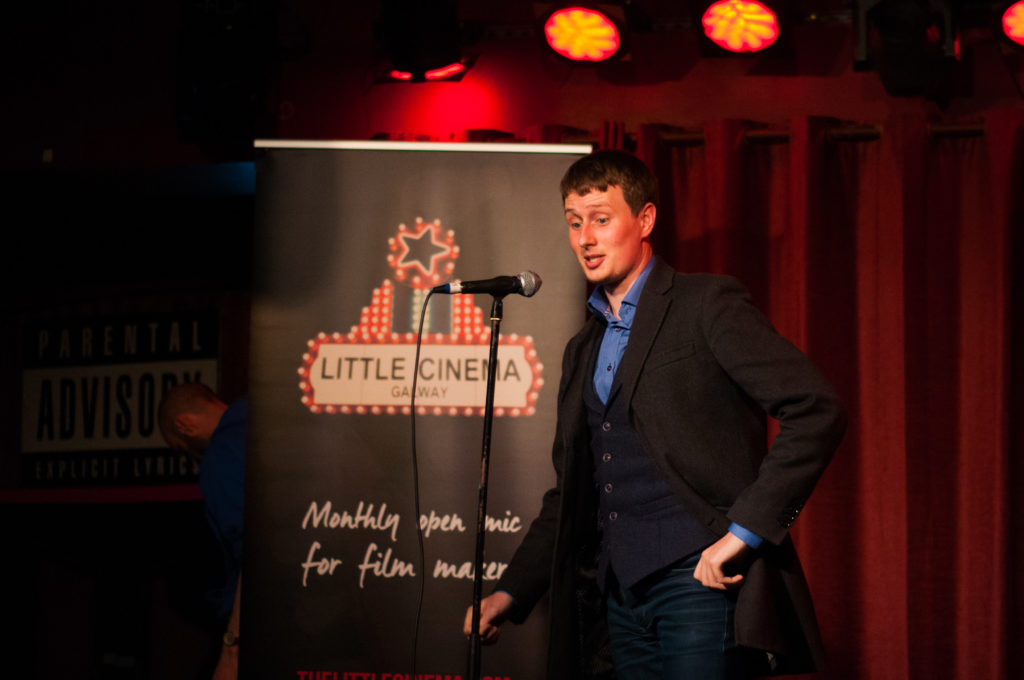 Our next film was Shauna, made by Oisin MacCoille.
Shauna has to come to terms with an unplanned event in her life and she has to do it alone. 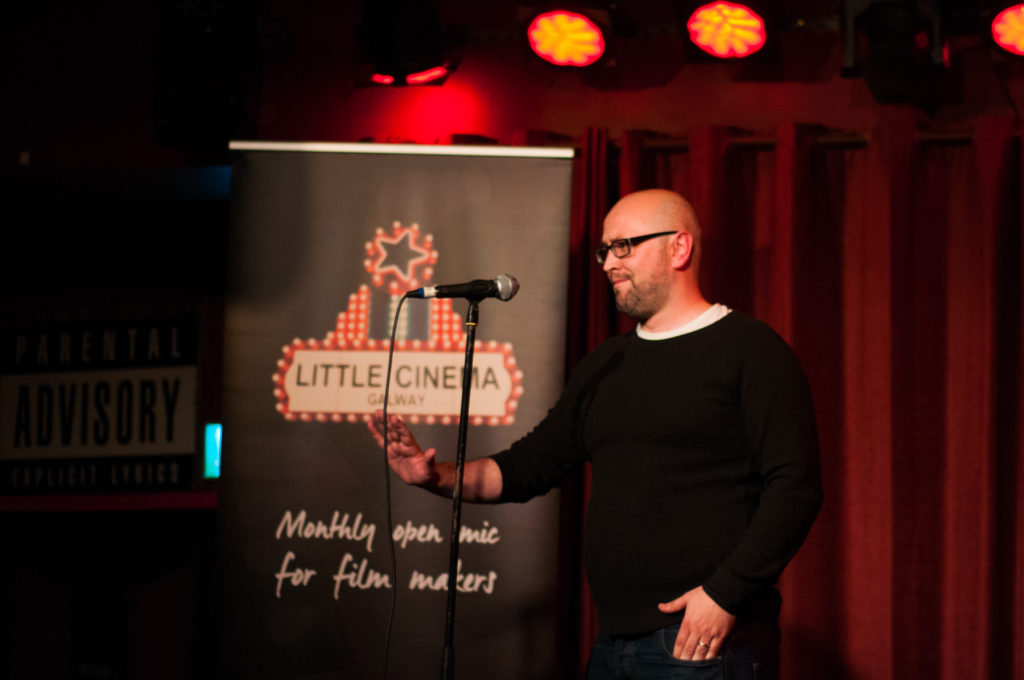 The second last film of the night was made by Bip Henderson! After his latest flop, a wannabe film producer is on the hunt for a killer script. 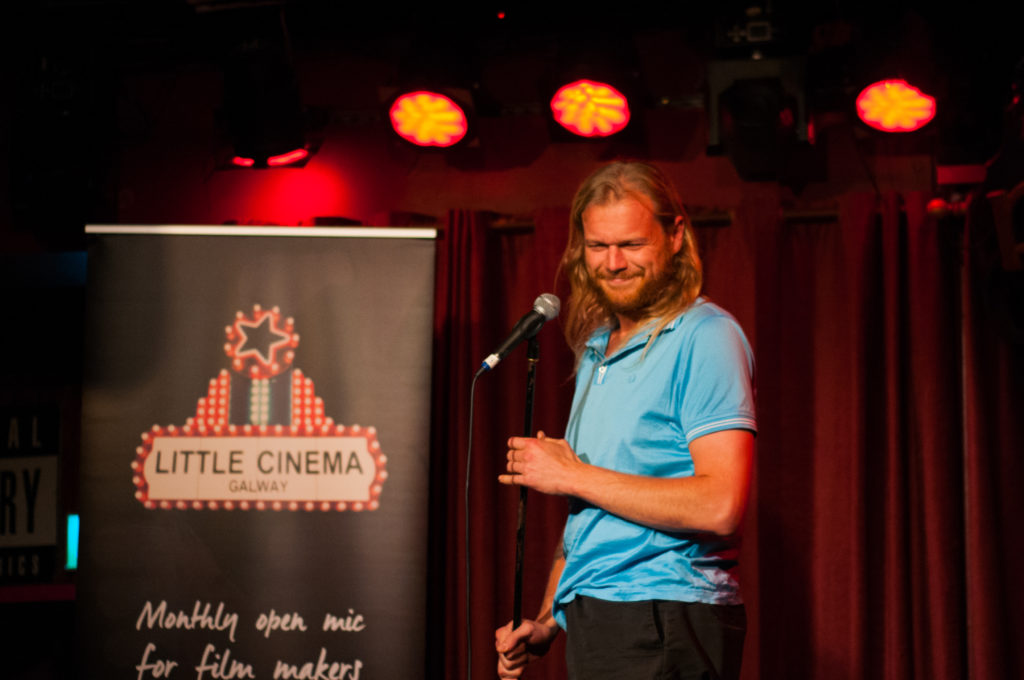 10. Ray MacDonncha & Trevor Laffey – Was That A Yes

We finished the night with the fantastic film ‘Was That A Yes’ made by Ray MacDonncha & Trevor Laffey! 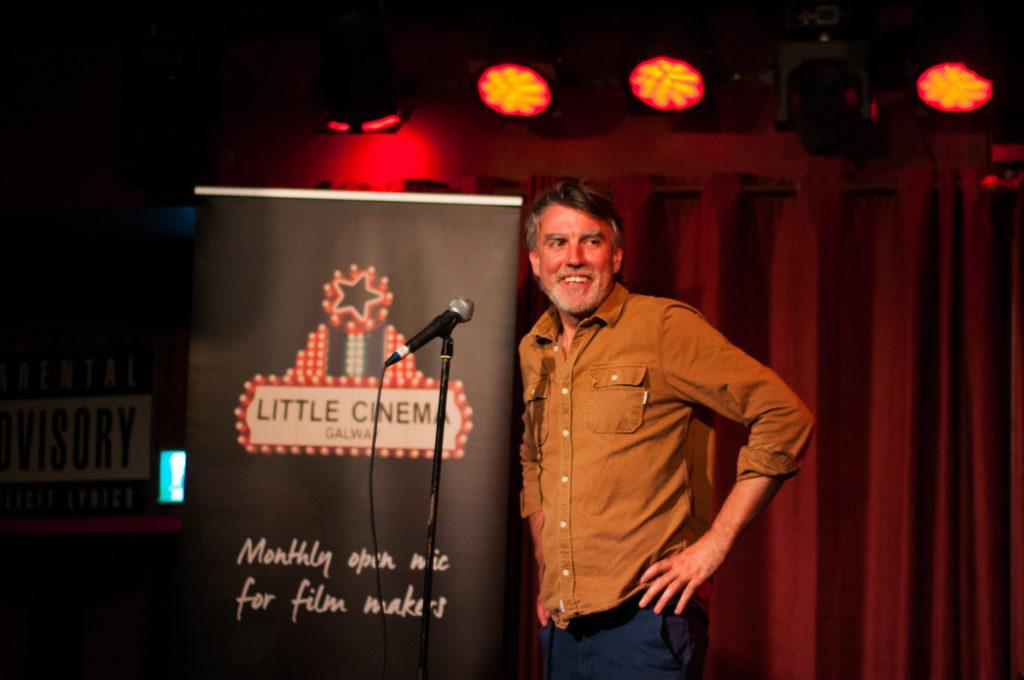 Thank you to the fantastic audience who came along and to all the filmmakers for making the night so special.

The September screening is almost full already and so if you’re interested in showing something at the Little Cinema, get in touch with us at littlecinemagalway@gmail.com.

Also keep in mind that Halloween and Christmas are just around the corner and so have the specials in mind for them, if you have any ideas for Halloween or Xmas films, get in touch with us to keep a spot.

Thanks and see you all again soon!