We had a fantastic night at the Little Cinema on Wed 25th Sept, with a really great audience and a brilliant mix of films, sketches, music videos and documentaries! 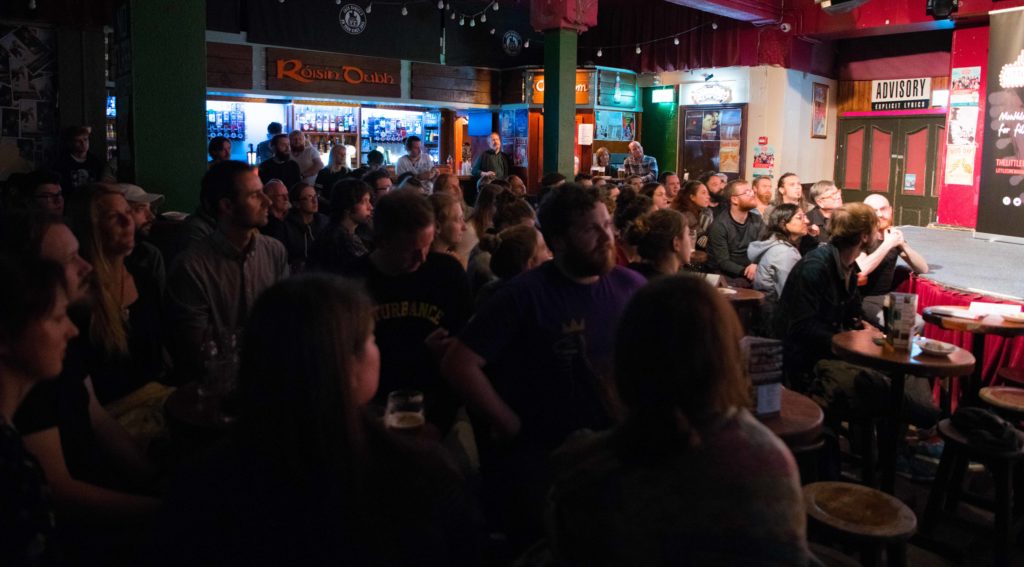 We have links to some of the films that were screened and you can check them out here. Not all are online, but the ones that are are below, happy viewing 🙂

I’m a student living in a hostel: The housing crisis in Galway

A day in the life of an Irish young woman who has to sort out university studies while living in a hostel because, for more than a year, she couldn’t find a house to live. Very thought provoking documentary brilliantly executed by Carmen! She is leaving Galway soon and has been a big addition to the Little Cinema while she has been here, we’re sure we’ll be seeing more from her in the future 🙂 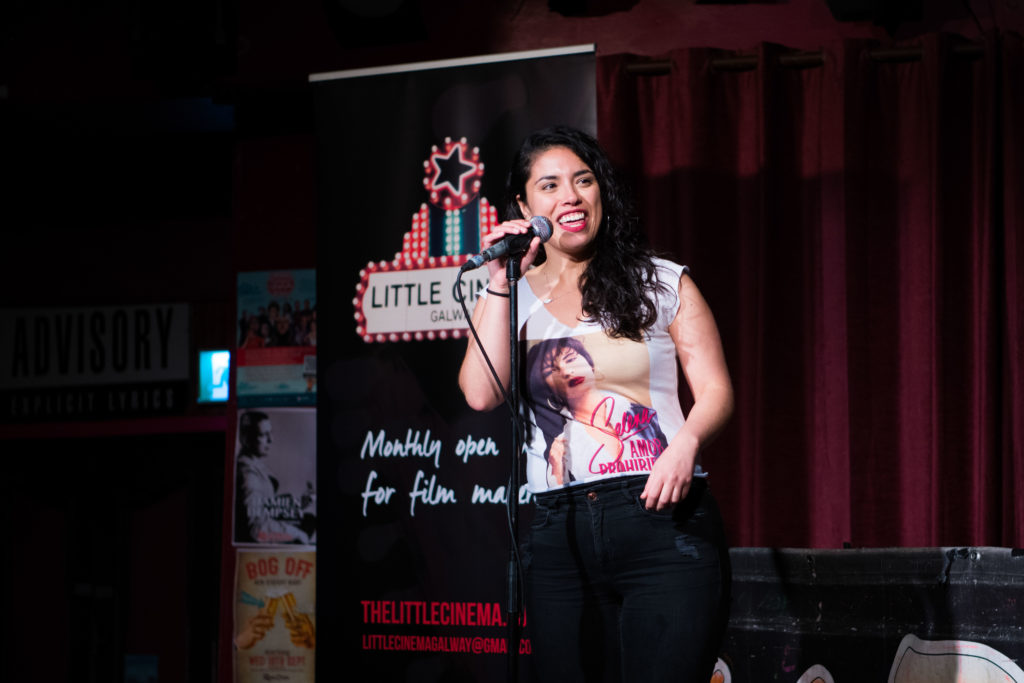 -b- is a short film shot on super 8mm made by first time submitter Aengus van Hout. 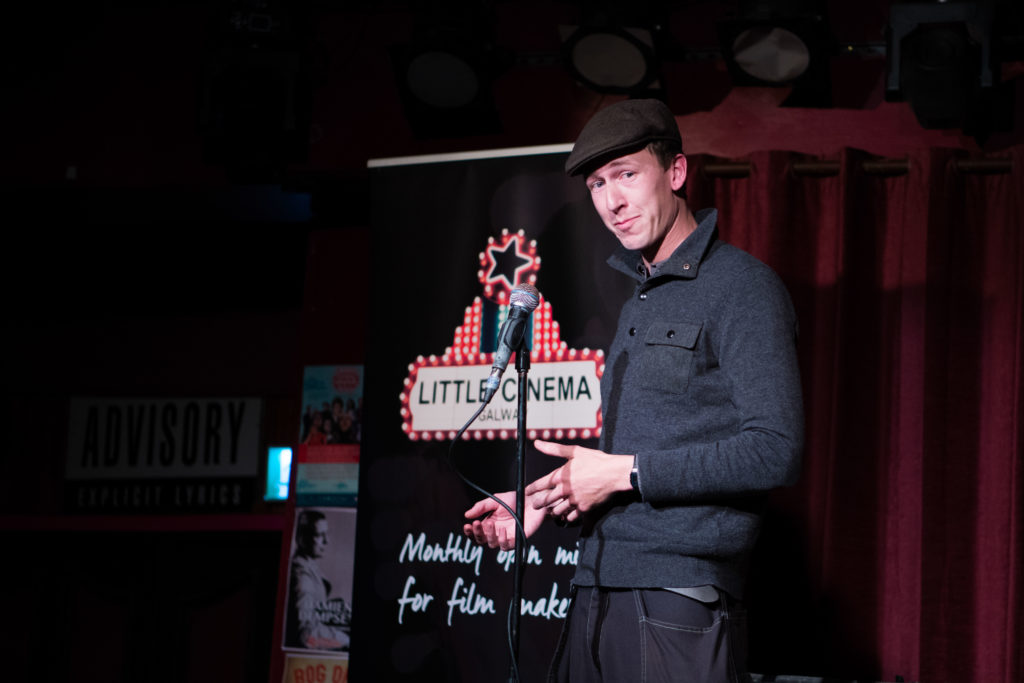 Harry Bo made a great documentary about Gliondar, a Community Arts Group in Athenry, Co. Galway. They do spectacle and street theatre and this doc was a highlights video of one of their events, really well captured by Harry Bo! 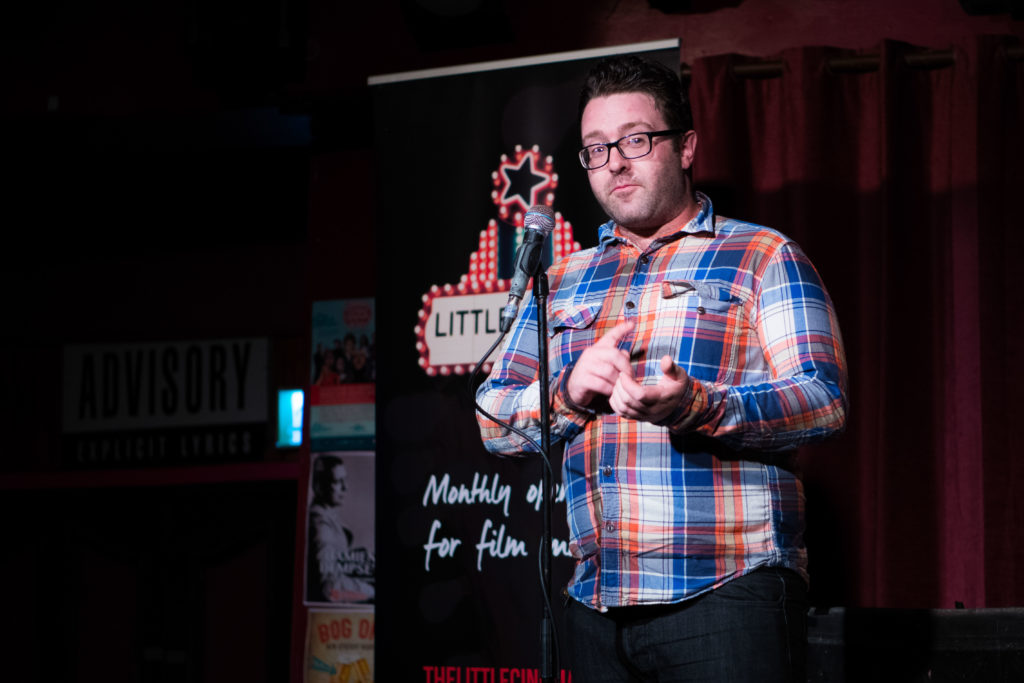 Our fourth submission was the really great music video Sun Don’t Rise, by Galway musician Echo Harte.  It was made for ‘Suicide Prevention Week 2019’ and is dedicated to all of those we have lost to suicide. 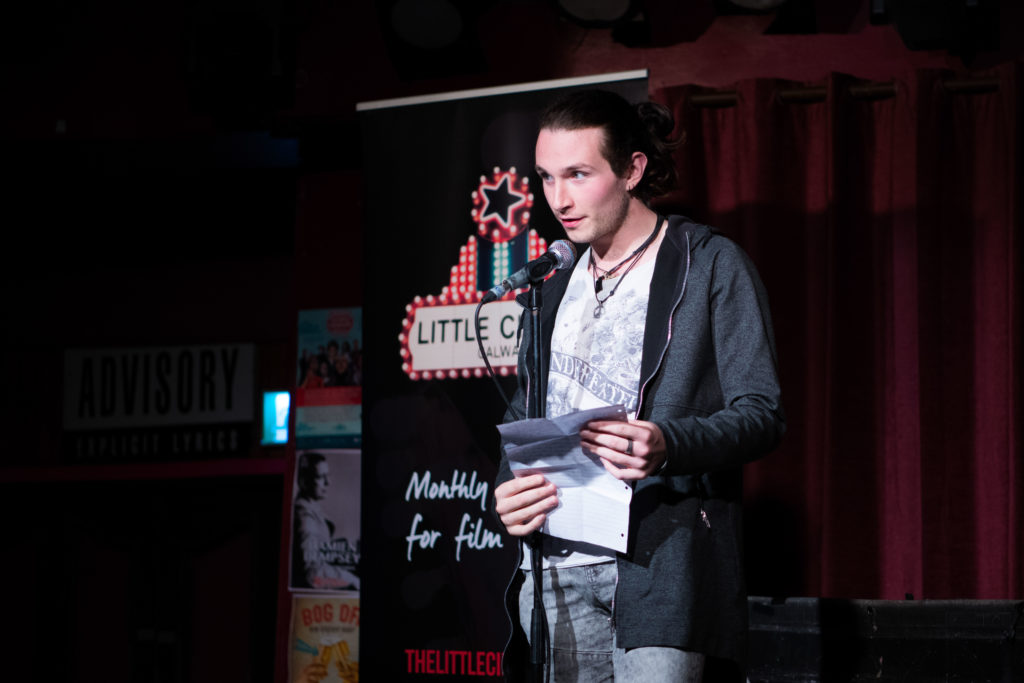 The Galway Sketch group Hedgehog Shorts finished off the first half with some hilarious and newly made sketches! 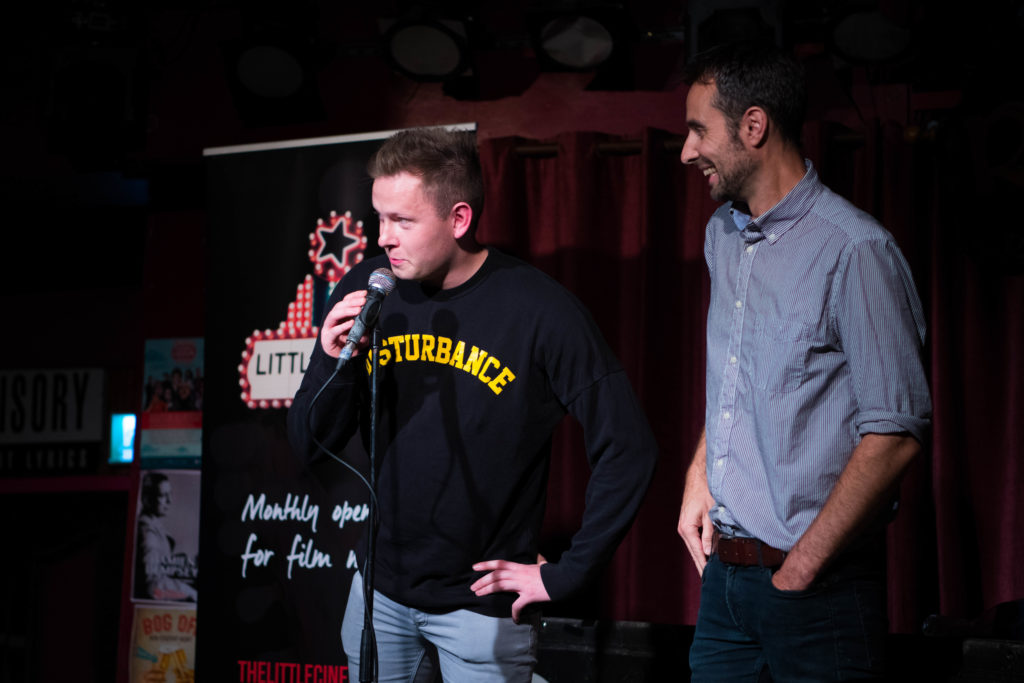 Plastic pollution is a threat to marine life in the Maldives on the Indian Ocean. Big filter feeders like whale sharks are exposed to the tiny particles. A group of scientists investigate the pathways of plastic ingestion by this largest fish. The project was documented by Dawid Piotr Szlaga. 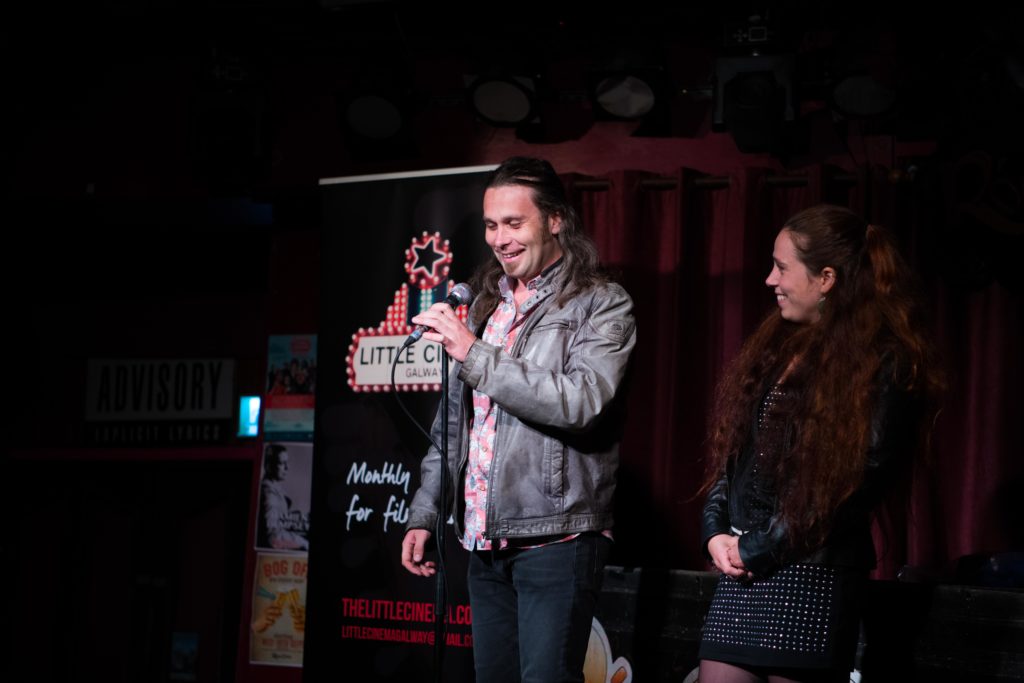 Light Of My Life

Just when he thought there was only darkness left in his life, Ray encounters a persistent electrical anomaly at his old lighting shop. Made by Peggy Anne Knight 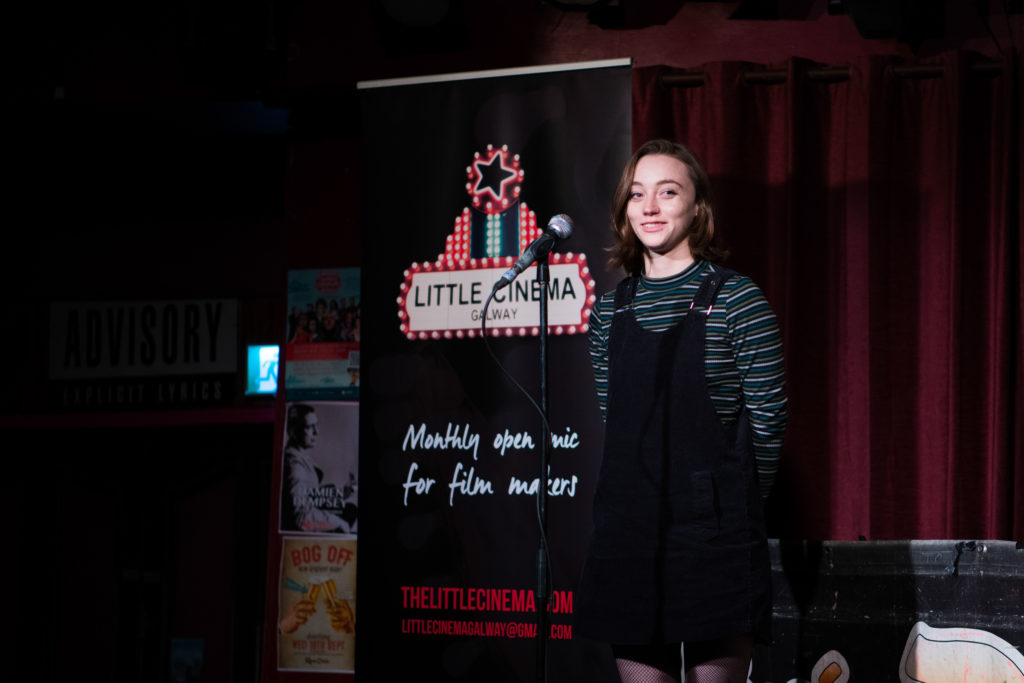 TOO LATE (Barter The Bard)

A music video all the way from New York, made by Xavier Cardriche who found the Little Cinema last year during a visit to Galway.
Escaping his decisions of the last 24 hours, a young man retreats to a local watering
hole for shelter which may be nothing but temporary bliss. 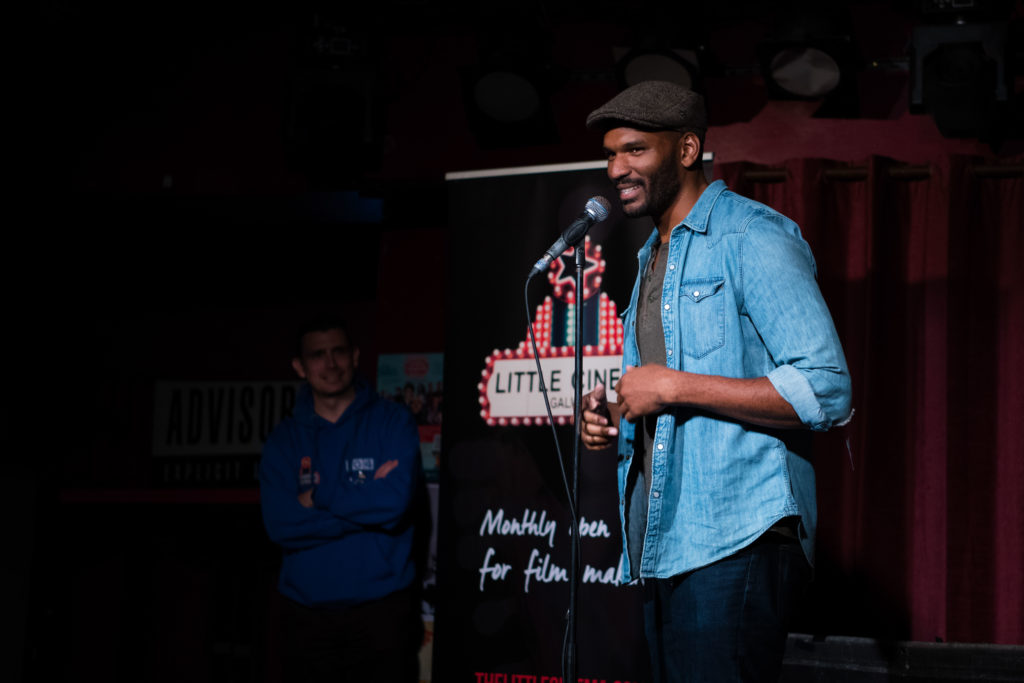 Seven young people reflect on what it is that makes Ireland a remarkable place to live. 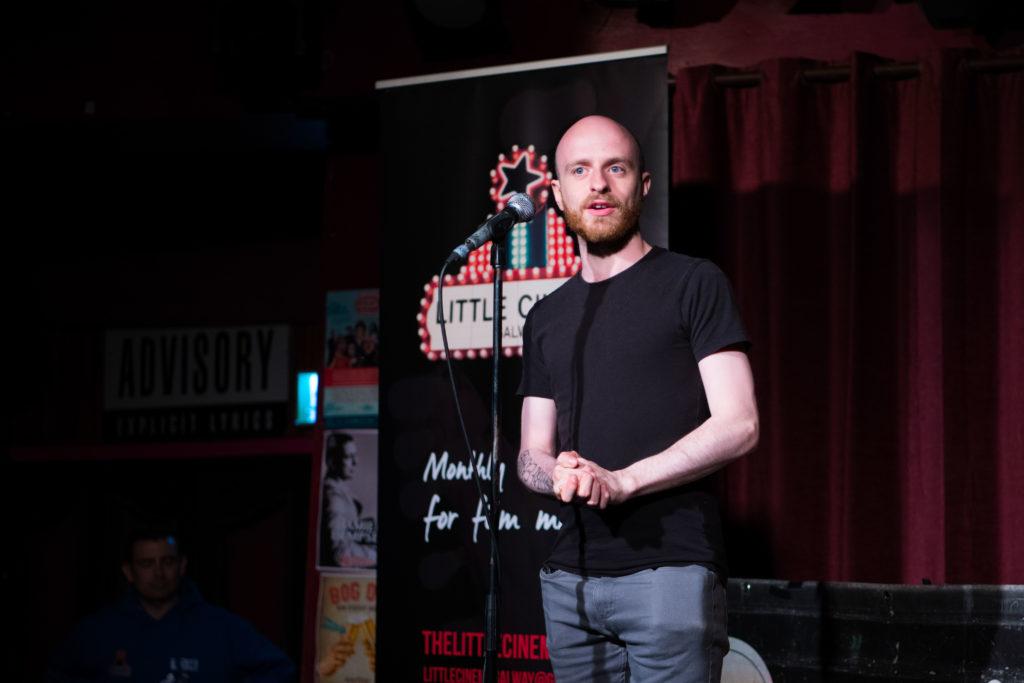 Thank you to all of our filmmakers and audience members who made the night really special!

If you’re interested in submitting something to a future screening, get in touch with us at littlecinemagalway@gmail.com

Coming up in October we will have a Halloween special, followed by a regular Little Cinema in November and then a Christmas special in December! Get making films! 😉