HUGE thank yous to everyone who came along to our Little Cinema Halloween screening on Wednesday at the Roisin Dubh! We had an absolutely packed venue, fantastic films and an amazing audience! We’ll post the available links to the films from the night! 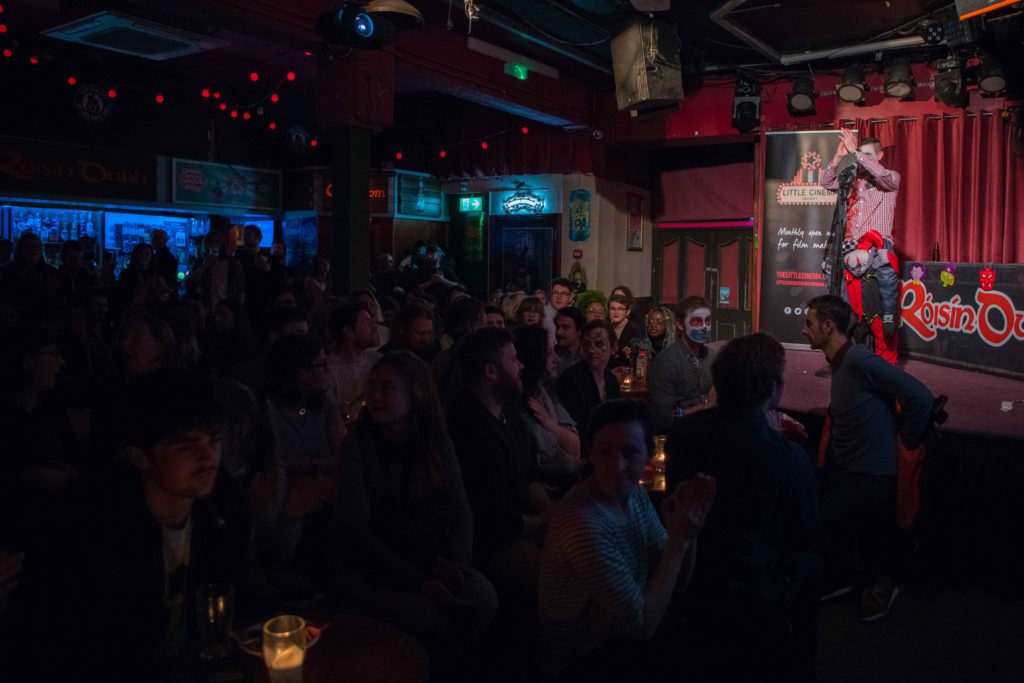 1. Fintan Geraghty and Melinda Szutz – The Dreaming of the Bones

The first to be shown was a short Promo for Dance Players Company’s adaptation of W.B Yeats’ play “The
Dreaming of the Bones”, at O’Donoghue Centre for Drama, Theatre and Performance. Tickets are available at this link. 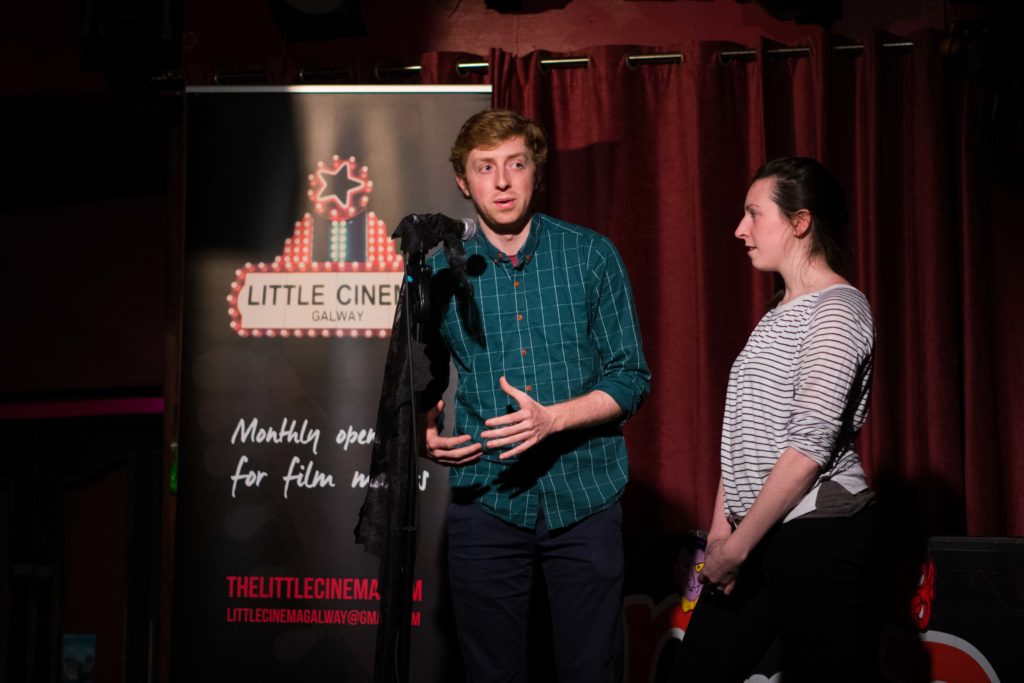 The second film was Sharp Words, by Kieran O’Brien, a film where a young man’s overbearing mother returns from the dead to haunt his diary! 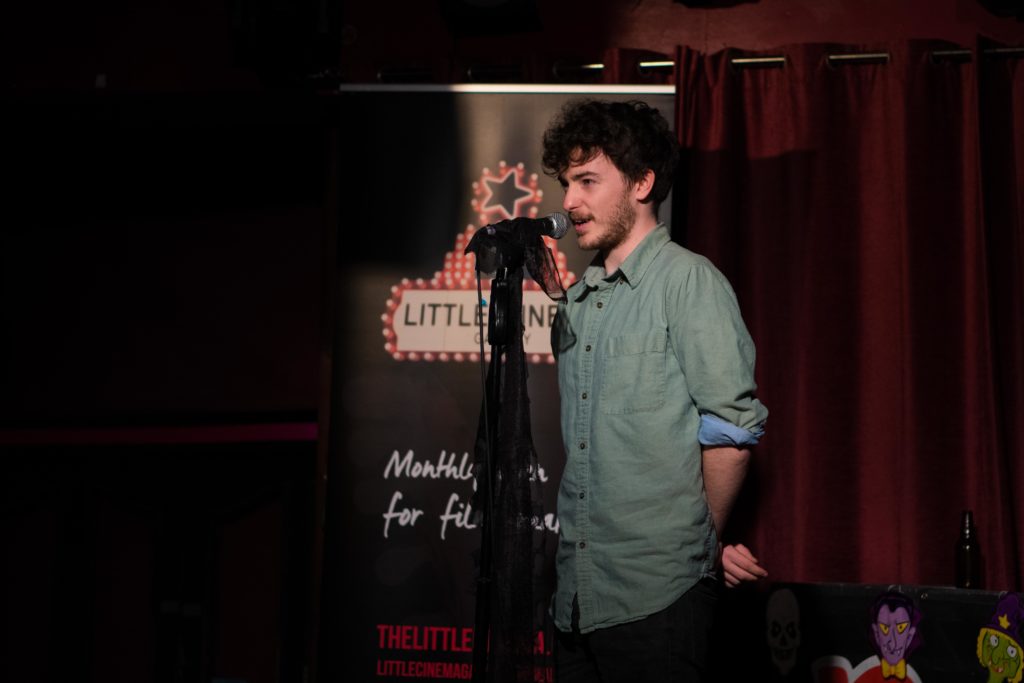 Our third film was a short about where an interview goes wrong! 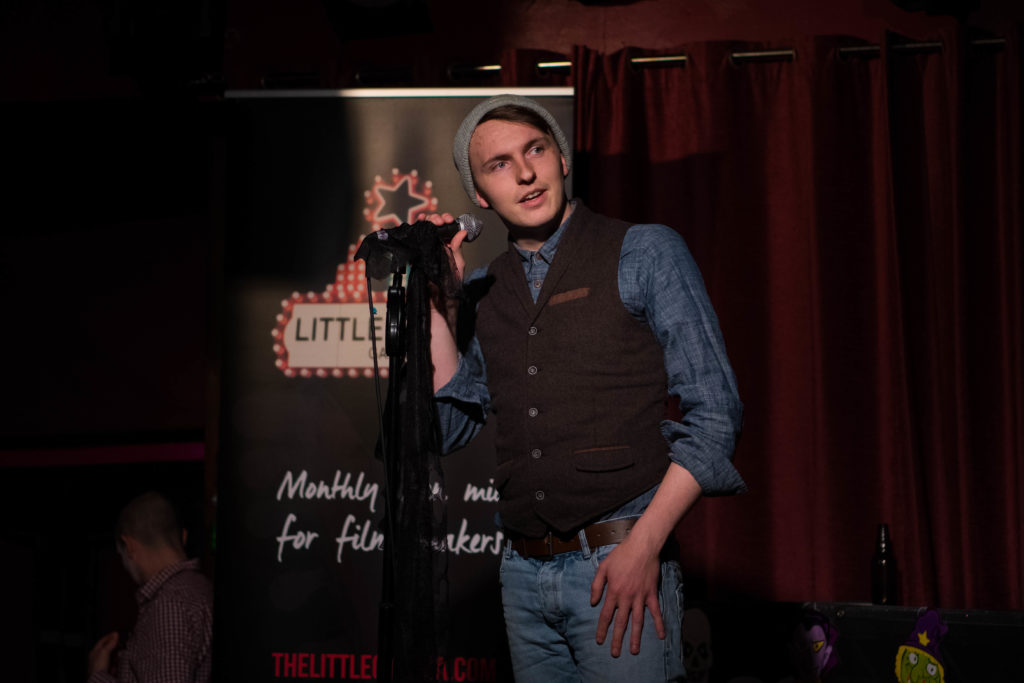 4 Erin Boland – All The Good Girls Go To Hell

Our next short was a film made by the NUIG Film Soc, introduced by Erin Boland. Called All The Good Girls Go To Hell, it’s a Halloween comedy about sharing your first college house! 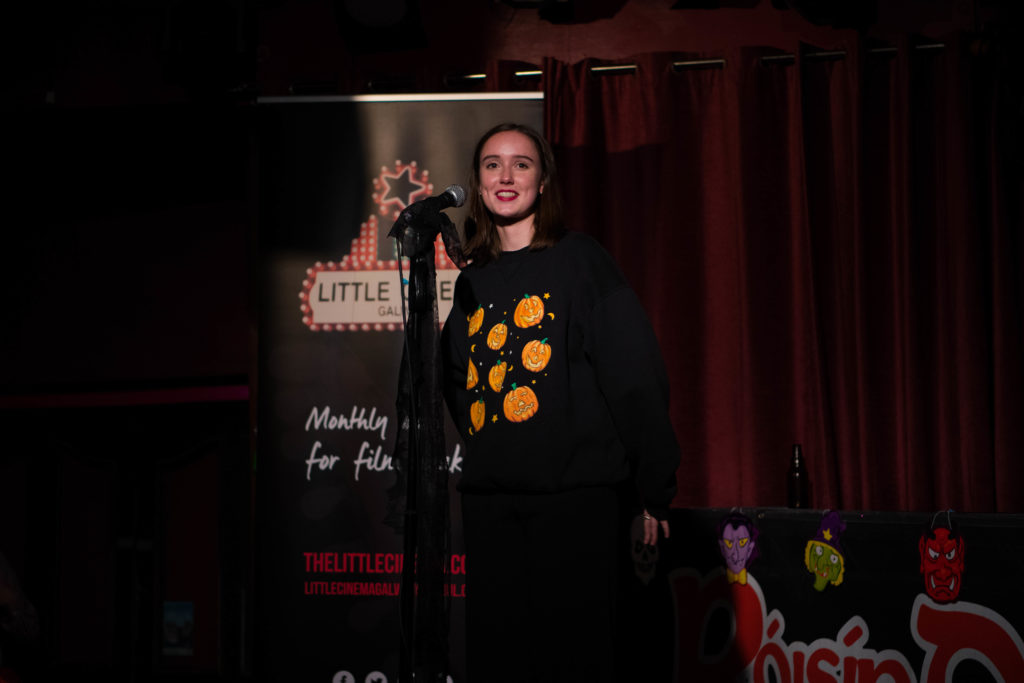 Our last film before the break was Dark Corners by Shane Boyle, where a woman wakes from a nightmare, but the nightmare has only begun. 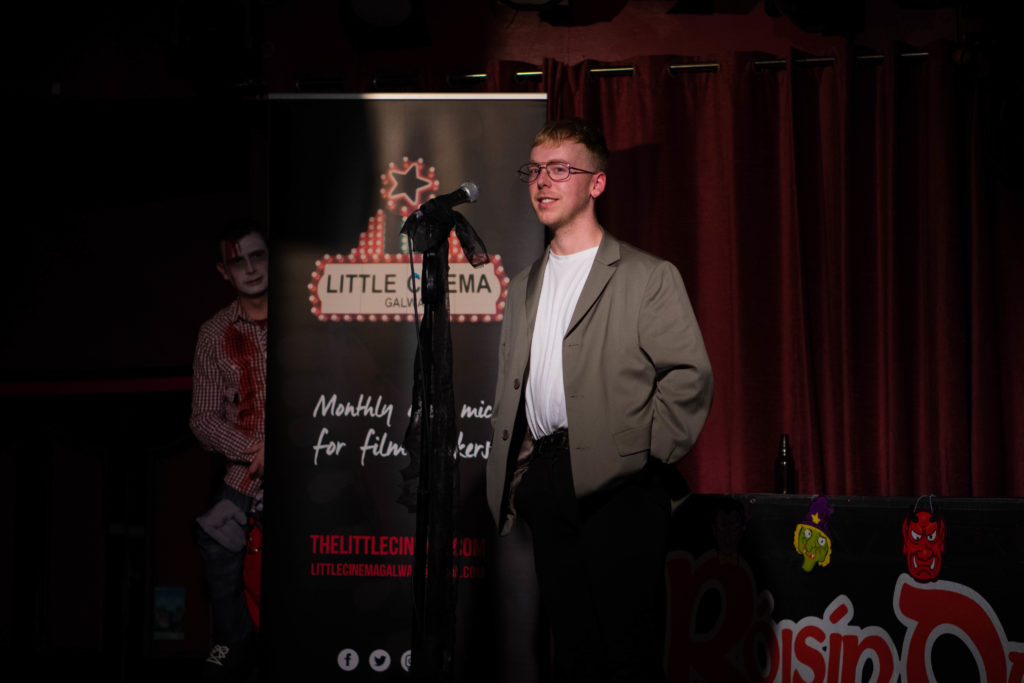 No Place Like Home was the second film from the NUIG Film Soc, and told the story of a person who is experiencing strange reactions from people on Halloween night! It was introduced by Murrough Mac Fheorais & Robert Fitzgerald-Bellone! 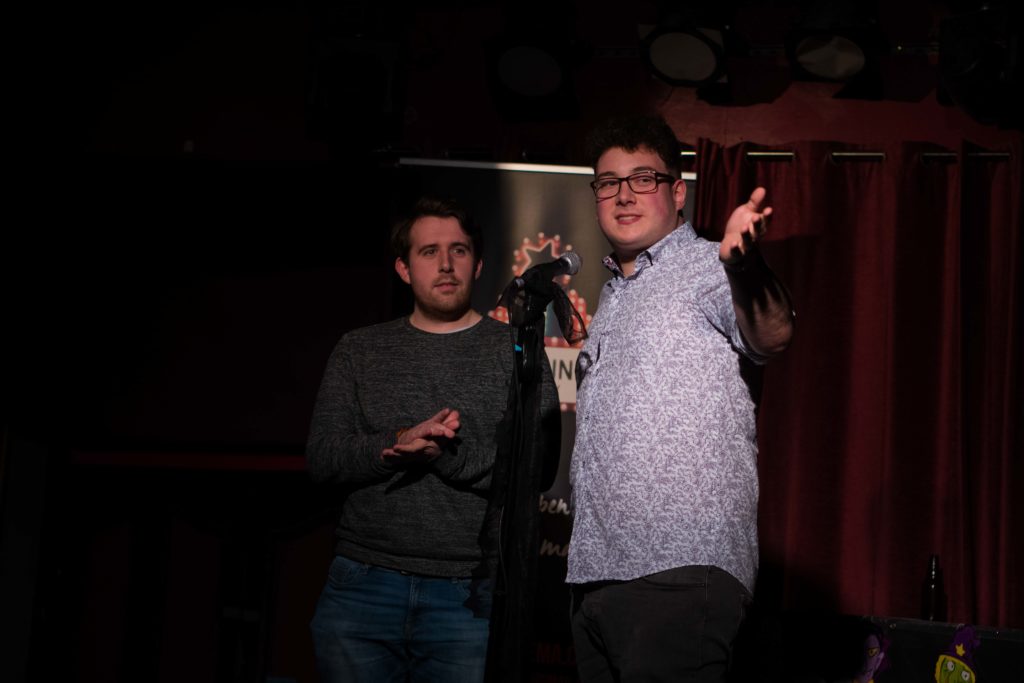 In our 7th film, submitted by Gregory Kozma, a Janitor gets spooked by something or someone! 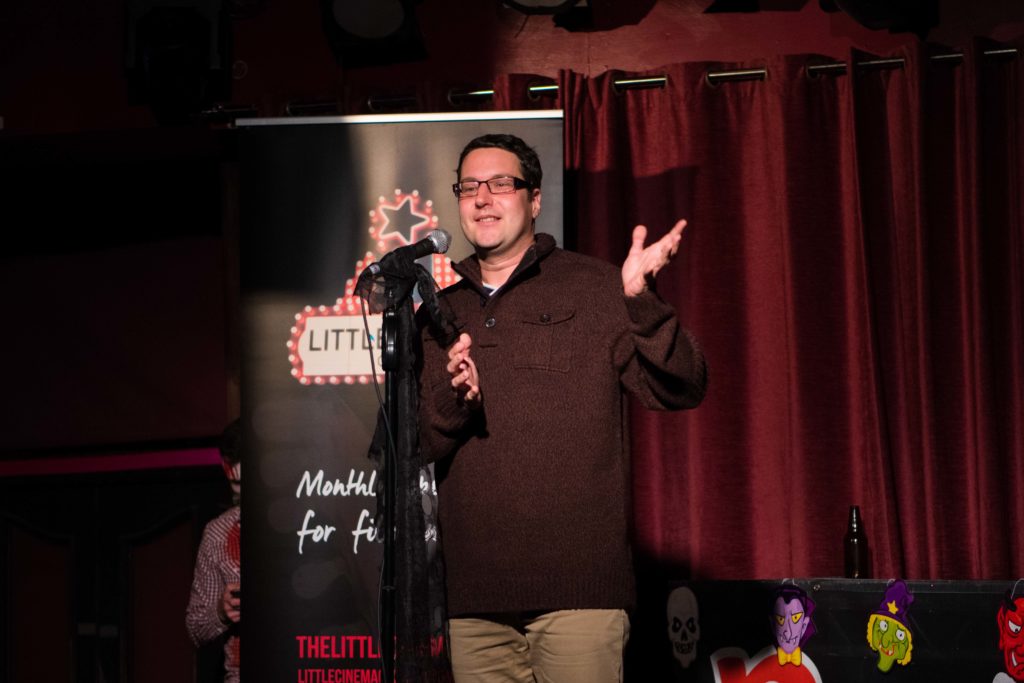 8 Hedgehog Shorts –  I need a Hero

The gang from Hedgehog Shorts made another fantastic sketch, this one where two characters in a short film fight over who should die and why! It was intrduced by Ruth McNally and John McClean! 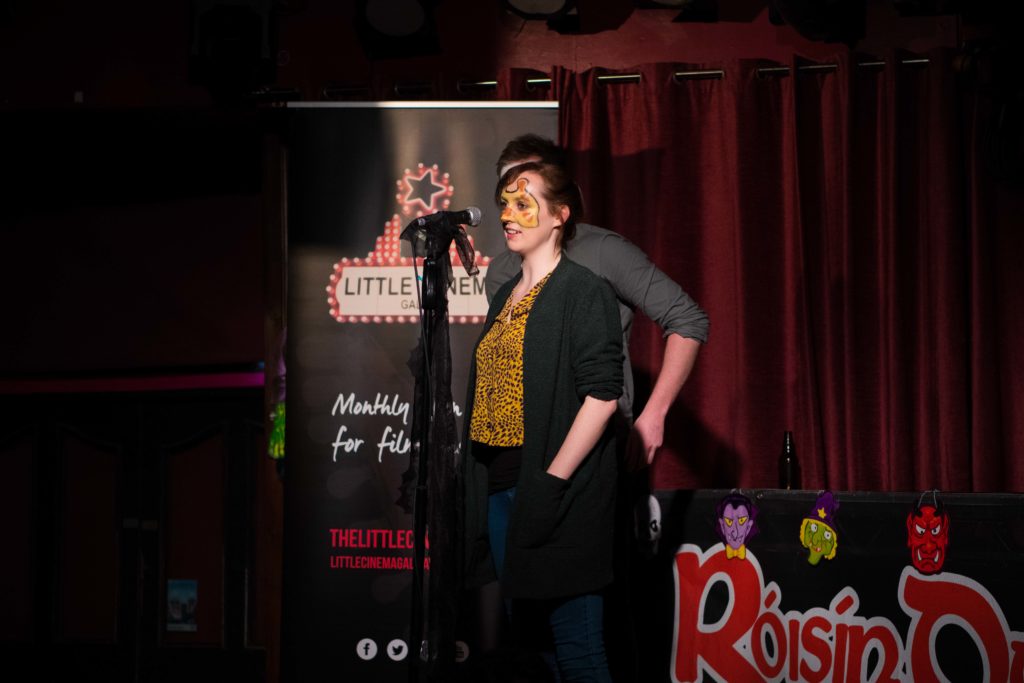 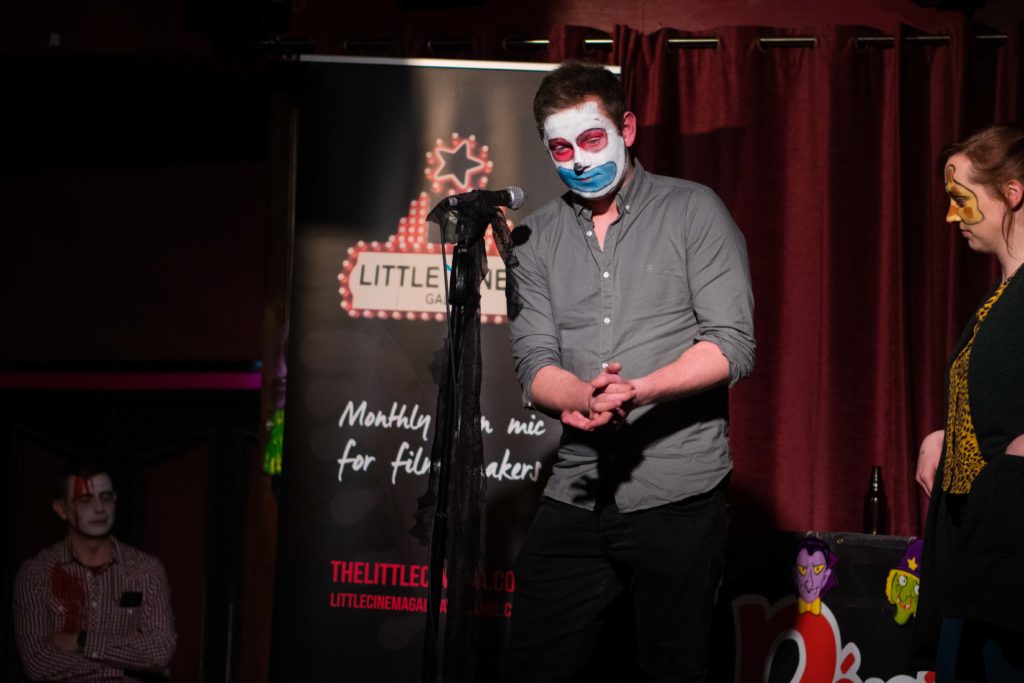 9 Tom PcPartland – Afraid of the Dark

The penultimate film of the night was a fantastic stop motion music video by Galway musician Thomas McPartland for his song “Afraid of the Dark”! 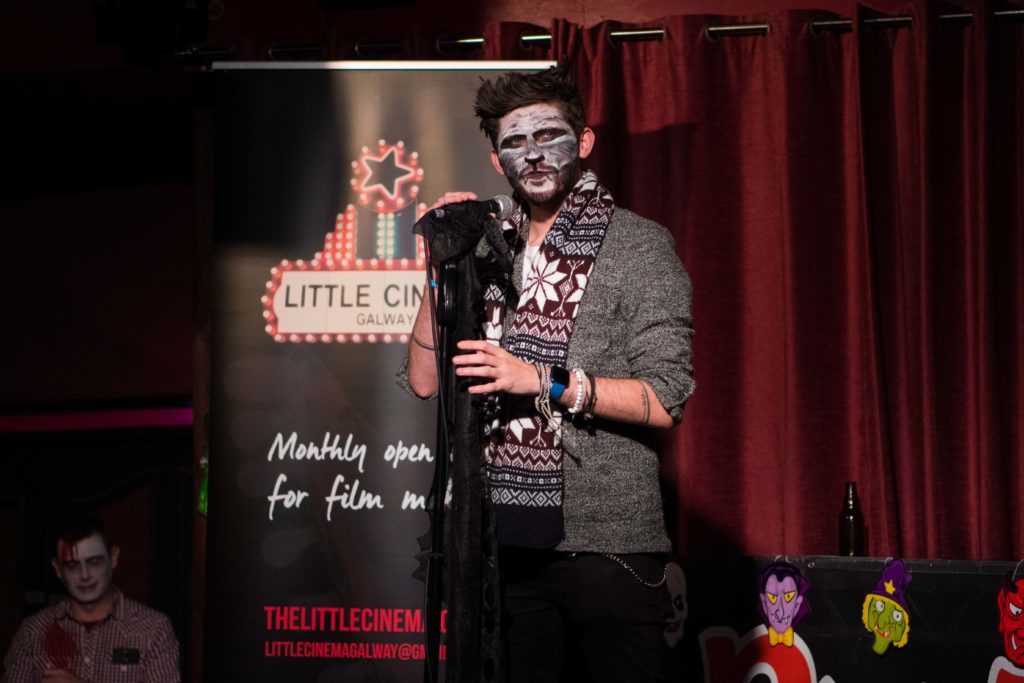 We finished the night with the fantastic film Apparent Power by the troupe Edinventure, which won the Offline 57 Hour Filmmaking Challenge! As part of the prize, it will be shown at the Galway Film Fleadh next year! 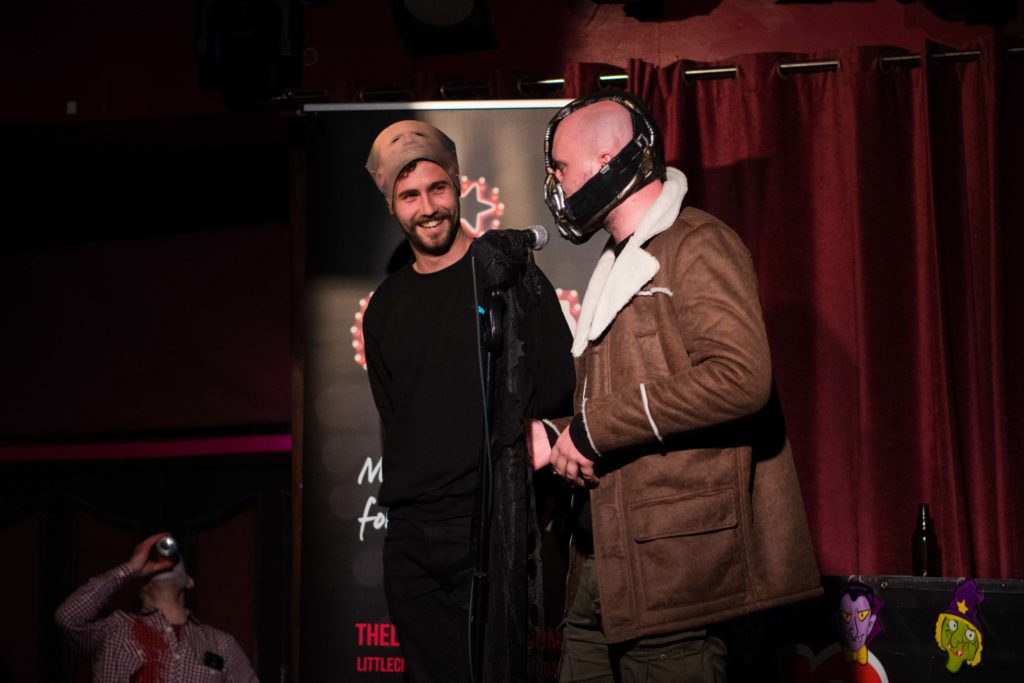 We had a fancy dress competition and gave away some hoodies to the people with the best costumes for the night! Congrats to the winners and thanks to everyone who dressed up! 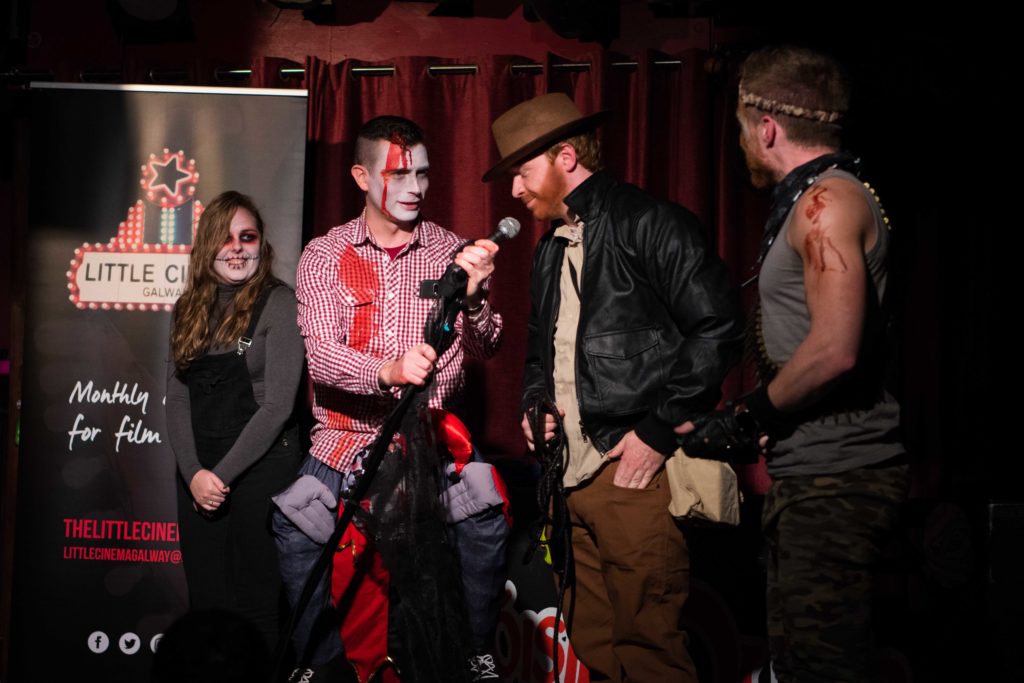 Thank you to everyone who came along to the night and supporting grass roots filmmaking and keeping the arts alive in Galway!