For our screening tonight, there’s a great line up of films, comedy sketches, music videos and documentaries.  It’s a really strong line up, so make it along for 9pm tonight in Kelly’s.

We’ll be kicking off the night as soon as possible, because we want to have a quick meeting after the screening with those interested in being involved with the Little Cinema group film for the birthday night in June.  We’ll also be giving details of the films we’d like people to make.

If you’re interested in being involved in a Little Cinema group project, come along to the night and we’re going to have a meeting after the screening to thrash out ideas! 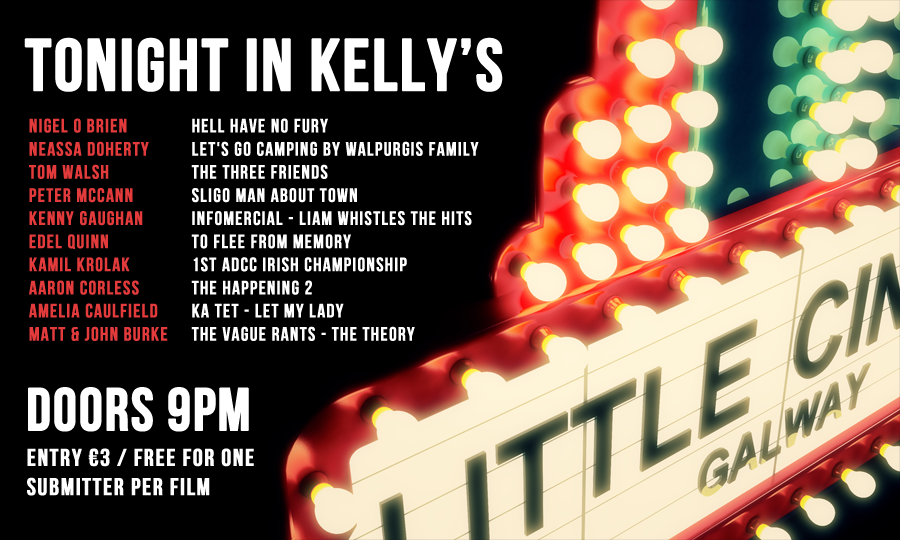